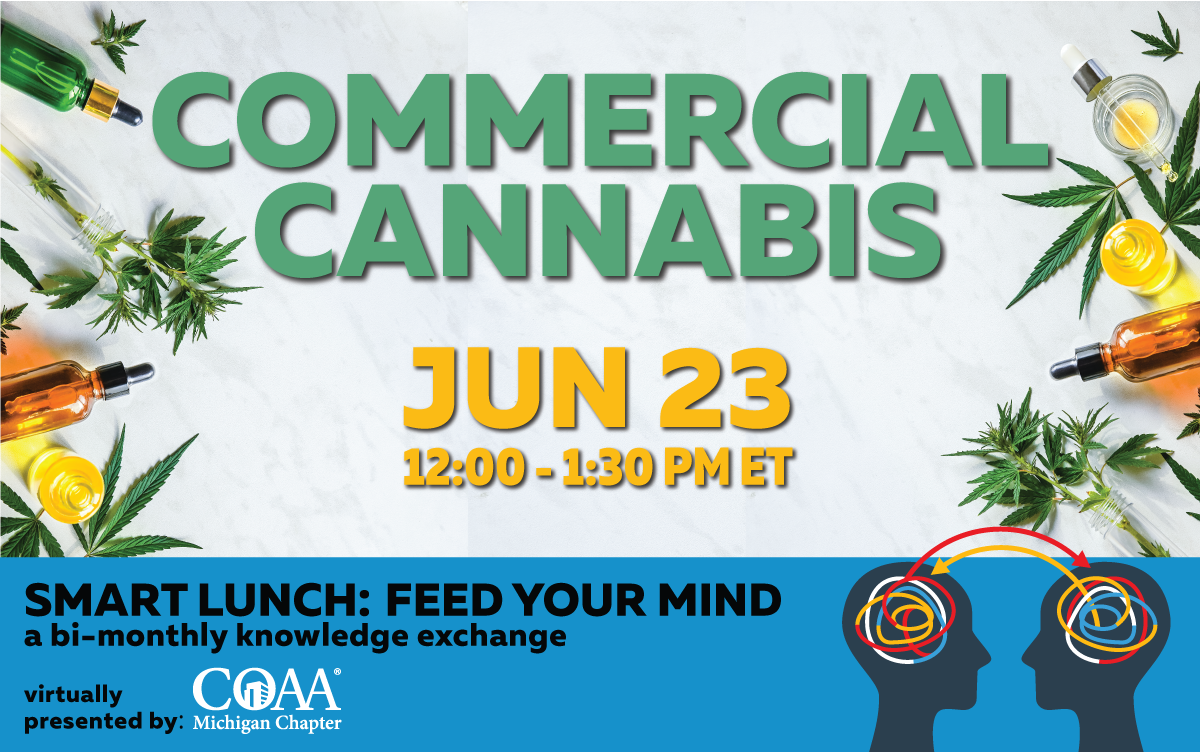 This seminar will provide an overview of the most common issues facing employers, property owners, construction companies, architects, and real estate professionals interested in navigating the commercial cannabis industry.  By the end of this session, the attendee will have an understanding of the current marijuana laws in Michigan, the licensing process, certain language to use in real estate, construction, and service contracts, as well as marijuana-related issues regarding land-use, basic employment, intellectual property, finance, and insurance.  It will cover the dilemma presented by “safety-sensitive positions” complicated by the lack of a viable test.  The seminar will also provide a list of “things to look out for” with potential new legal developments in the future which will affect the commercial cannabis industry.

Terence Durkin’s practice blends labor and employment law with medical malpractice and general litigation. His experience gives him a unique ability to help clients sort through the challenging and ever-changing world of labor and employment rules and regulations. Clients come to Terence and the firm’s labor and employment practice group for guidance because they understand the priorities and risks involved with managing a diverse workforce, creating contracts, and implementing the best policies and procedures.

Terence and the Kitch labor and employment practice group offer a full array of employment and labor law services, including disputes in all types of forums: the courts, mediation panels, arbitration, and administrative agencies. Clients rely on Terence to help them navigate collective bargaining, contract administration, and grievance and arbitration proceedings, and he often participates with them in those proceedings.

Terence plays an active role in the community by serving on the Executive Board of the Michigan Defense Trial Counsel, chairing the Ascension Providence Foundation, and being a member of the Plymouth Rotary. Most recently, he was elected to the Core Leadership Team of Oak Mac SHRM (Society of Human Resource and Management).

Terence received his Bachelor of Arts in political science from Millikin University in Decatur, Illinois, and his Juris Doctorate from Western Michigan University Cooley Law School where he was Article Editor of the Journal of Practical and Clinical Law. He is licensed to practice law in Michigan as well as the United States District Courts Eastern and Western Michigan.

Carina Kraatz is a principal in the Kitch law firm’s Detroit office. She is part of the Firm’s Marijuana and Industrial Hemp Practice Group and also focuses her practice on commercial and construction litigation as well as intellectual property and bankruptcy issues. Ms. Kraatz’s intellectual property practice includes patent and trademark prosecution and litigation on a variety of issues including image misappropriation and infringement. She also works with the firm’s healthcare business/regulation practice on a variety of business and technical issues.

Ms. Kraatz is admitted to the U.S. District Courts of Eastern and Western Michigan as well as being registered to practice before the United States Patent and Trademark Office. She has also litigated matters in the Northern and Southern Districts of Indiana as well as Iowa state and federal courts.

Ms. Kraatz was named a Rising Star in 2019 and 2020 by Super Lawyers. Rising Stars are attorneys who are 40 years old or younger or those who have practiced for ten years or less. Only 2.5 percent of Michigan lawyers are named to this list every year. In 2019, Ms. Kraatz received the Pro Bono Award from the United States Bankruptcy Court for the Eastern District of Michigan.

Kaitlyn Elias is a senior associate in the firm’s Detroit office. She focuses her practice on real estate, landlord-tenant, and commercial litigation, as well as marijuana and industrial hemp. Ms. Elias is licensed to practice law in Michigan, the U.S. District Court for the Eastern District of Michigan, as well as the U.S. District Court for the Western District of Michigan. She is an active member of the Building Owners Management Association, the Oakland County Bar Association, and the Detroit Bar Association. Kaitlyn also serves as a volunteer mediator with the Wayne County Dispute Resolution Center/Wayne Mediation Center.

Ms. Elias earned a B.A. in Global and International Studies from Western Michigan University and worked in international higher education before receiving her Juris Doctor from the Sandra Day O’Connor College of Law at Arizona State University. While in law school, Kaitlyn received honors for her participation in several international commercial arbitration moot court competitions, and she spent a semester in Washington, DC externing at the U.S. State Department Office of the Assistant Legal Adviser for Private International Law. She also earned first prize in the Andrew P. Vance Memorial Writing Competition for her submission on the international enforcement of mediated settlement agreements. After graduating from ASU and before returning to Michigan to practice law, Ms. Elias served as a judicial law clerk for Acting Associate Justice Elvis R. Pila Patea at the High Court of American Samoa.