“(Al) Phillips believed with an almost missionary zeal that the playing field in the construction industry needed to leveled. I knew he was right and that there was a tremendous need in the industry for an organization that reflected the Owner’s voice.”

In 1994, Phillips prepared a mailing to an Owners’ list he had compiled to determine interest in establishing a non-profit organization that would represent the Owner’s voice. After compiling the responses, Phillips selected a core group of Owners to serve as the Founding Directors and they met in Atlanta shortly thereafter to begin the work. No one really knew whether the Construction Owners Association of America (COAA) would succeed, but everyone was convinced that there was a need for such an organization. 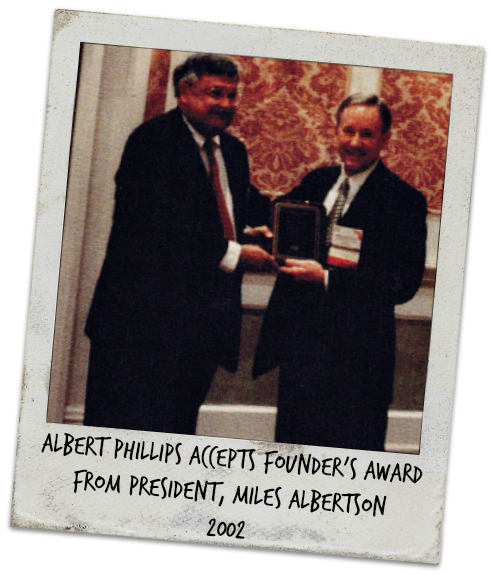 “Al did all the heavy lifting and provided the funding to get COAA off the ground. He also provided office space and administrative support for many years.”

Each director was charged with bringing in 10 new members. And, by the time the very first conference was held at the Nashville Stouffer Hotel in Tennessee, COAA’s charter membership had grown to 156 members and 15 associates.

In 1996, Norm Neiterman, Harvard Medical Center (Ret.), was unanimously elected Chairman of the Board. He ultimately became the first President of the Association and has been followed by an esteemed list of Owners:

The first strategic plan was developed in 1997 and was based on a two-part vision:

COAA’s mission was to bring balance to the construction process and its purpose was to provide Owners with an independent focal point for leadership in construction.

COAA was founded to establish the Owner’s voice in the construction process. Over the last 25 years, COAA has evolved to Owners not just having a voice, but also has collaborative relationships with their architect and CM partners.

COAA’s current mission supports project owners’ success in the design and construction of buildings and facilities through education, information, and developing relationships in the industry.